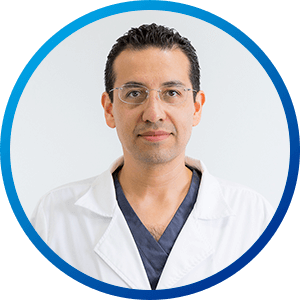 Dr. Cesar Medina, MD. is a graduate from the University of Guadalajara. Likewise, he is trained in Interventional Radiology. Dr. Medina arrived in Puerto Vallarta around the year of 2008. Later, he joined the CMQ Hospitals physician family in 2015 as the head of the Radiology Department. Additionally, he is a board-certified physician by the Mexican Committee of Radiology and Imaging. In the same vein, he is a member of different societies, including:

Subsequently, during his professional radiology practice, some of Dr. Cesar Medina’s most common alignments are inflammatory gallbladder problems and venous problems, among others. Similarly, on his interventional radiology practice, he’s in charge of organ biopsies. Additionally to working at CMQ Hospitals, Dr. Medina also works at The Mexican Institute of Social Security (IMSS by its Spanish meaning).

A certified physician by the Mexican Committee of Radiology and Imaging A.C.

Radiology Specialist member of the Radiology Society of Puerto Vallarta.